How should we understand the 'Unrechtskontexte' of colonial legacies today? By the standards of the time - or by the values that we hold today? And how can these legacies be meaningfully dismantled?

In this year's anual Goethe lecture Professor Dan Hicks, best known for his book The Brutish Museums, takes stock of the debate around the enduring legacies of empire in our museums, our universities, and in society at large.

In 2013, the German Museums Association (Deutscher Museumsbund) issued guidance on the treatment of human remains in museum collections, in which they introduced a novel concept. The idea of 'Unrechtskontext' (context of injustice) should, they suggested, guide curatorial ethics when assessing the circumstances in which museum collections were acquired. Among considerations here was not just the contexts of the past, but also whether any particular injustice 'continued to have an effect in the present'.

A decade later, this question of the unfinished nature of certain 'contexts of injustice' now lies at the centre of Euro-American debates about the enduring legacies of empire, 'scientific racism', and theories of cultural supremacy. This lecture takes stock of recent events in Europe and North America - from removing statues and un-naming buildings to returning artefacts from colonial museums, but also to ongoing violent regimes of display at the British Museum and now rekindled at Berlin's Humboldt Forum. 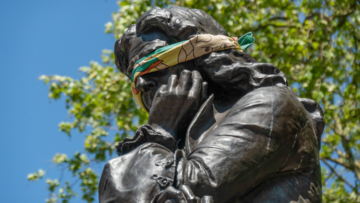